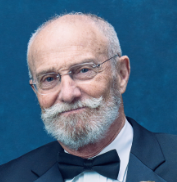 Roger, welcome to my website. I am thrilled to talk to you about your new novel The Abalone Ukulele for our HNS Zoom presentation Wednesday September 22 at 6.00 pm.

You have three vivid characters whose collisions propel the action: Yi, the Korean, on a quest to regain his country’s stolen tribute money; Hobson, U.S. naval Petty Officer, son of American missionaries who raised him in Korea; and Hellfire Spuyten, a thorough American thug. Who inspired you first as a plot and emotion driver?

Hobson came first, but it was clear to me that his connection with Korea as a child was not enough. Moreover, I didn’t want Hobson the one with all the answers or the only one capable of making things happen.

Skookum Yi came to me in a dozen ways. I knew Korea paid tribute to China from my many trips to Korea. A cruise down the coast of Alaska gave me more ideas. I didn’t want Hobson to be the lone hero, and I didn’t want to portray a military operation as a one-man affair. They never are and I owe my reader some honesty even in fiction.

Yes, this insistence on integrity is very appealing. Please go on.

In my research I came across The Seamen’s Act of 1915 made merchant officers and shipowners accountable for brutalizing their crews.

Diederik Cornelius“Hellfire” Pedersen was one of the first captains tried under the act. Hellfire Pedersen routinely intimidated his crews by tossing men over the side as a warning to the others. Apparently, Pedersen believe his license title, “master,” was without limitation.

“Hellfire” and the brood I gave him provided me with a villain the reader could truly hiss at without restraint. He took some of the load off Imperial Japan.

Ah, so Hellfire Spuyten has an historical model. Good to know the historical Hellfire faced accountability! Ukulele, Abalone. I am curious how you picked this title?

After I wrote Jade Rooster I had an opportunity to enter a writers mentorship program which revolved around writing a short story.

My idea for a story centered on the robbery of a pawnshop. I once heard the description of a typical Navy town as bar-pawnshop-church, bar-pawnshop-church and repeat. Hobson had to be the sleuth and Shanghai the venue. Why would Hobson pay inordinate attention to a pawnshop? It held something he wanted.

Well, sailors don’t have much room to store their possessions. I remember hearing some old salt saying that at NTC San Diego every sailor’s first paycheck in the ’60s went to a buying a guitar and a fringed western jacket. I further remembered Arthur Godfrey a famous Navyman and later celebrity picked up playing the ukulele as a radioman. In the early ’20 C., with sailors still using hammocks, a ukulele (a small guitar) made more sense.

My happiest times in San Diego were spent diving for abalone, and staging abalone cookouts with my soon-to-be wife. The combination tongue twister, “Abalone Ukulele,” seemed both memorable and appropriate.

Sliced, pounded, and breaded abalone steaks are a bit of Heaven. The patterns of their colorful shells are what I imagine the sky looks like in Heaven. A few ukulele makers agree with me and incorporate that beauty in inlays and picks.

So that’s about it.

Thanks, Roger. Congratulations on a thrilling, complex tale. We look forward to talking more on September 22.