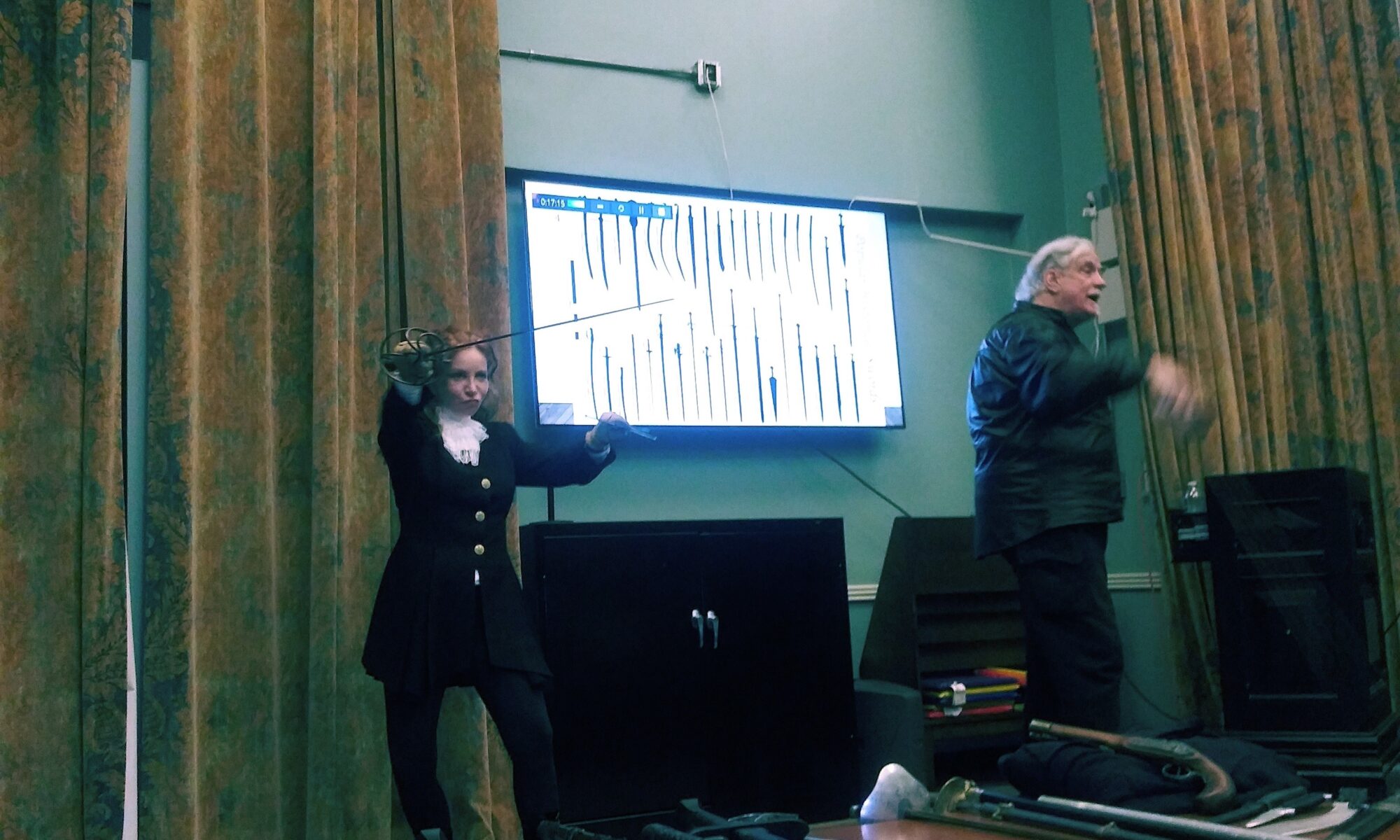 We had a lively crowd for Teel James Glenn’s superb slide show and talk on writing fight scenes. He brought a bag of hisorical model swords, ranging from broadswords used by bronze age warriors to nineteenth century rapiers and daggers. Who knew that ladies of the nineteenth century als fought, and wore weighted skirts and petticoats that could trap a rapier blade between their knees! 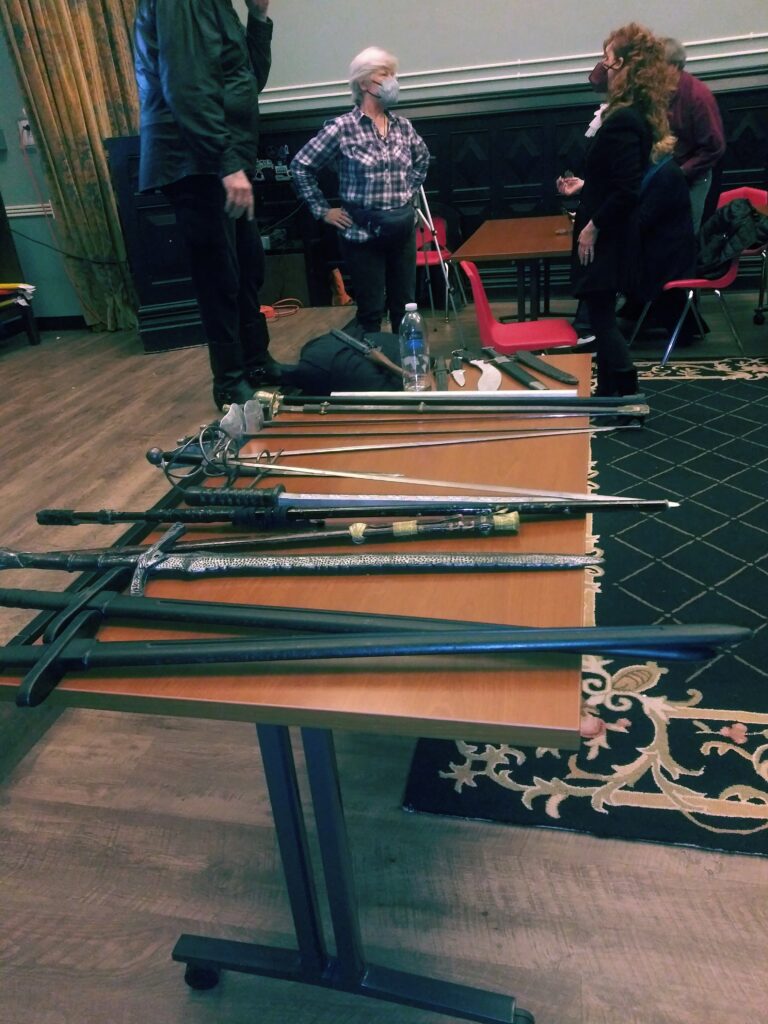 His demonstration partner was Leslie Carroll, author and program director of the Historical Novel Society North America. It is a thrill to learn that she and her husband have moved to New York City.

Teel covered historica firearms too. Due to New York City’s regulations on carrying guns he did not bring sample guns but his slides covered a full range. Most enlightening was his slide on the look of wounds. He covered the time of a fight and how different characters present and act under pressure. We had great questions and the atmosphere was of fun and delight.

A big thank you Teel and Carol Gyzander.