On our days of wild-west social media, it’s fascinating to revisit a Tudor version of communication mayhem. 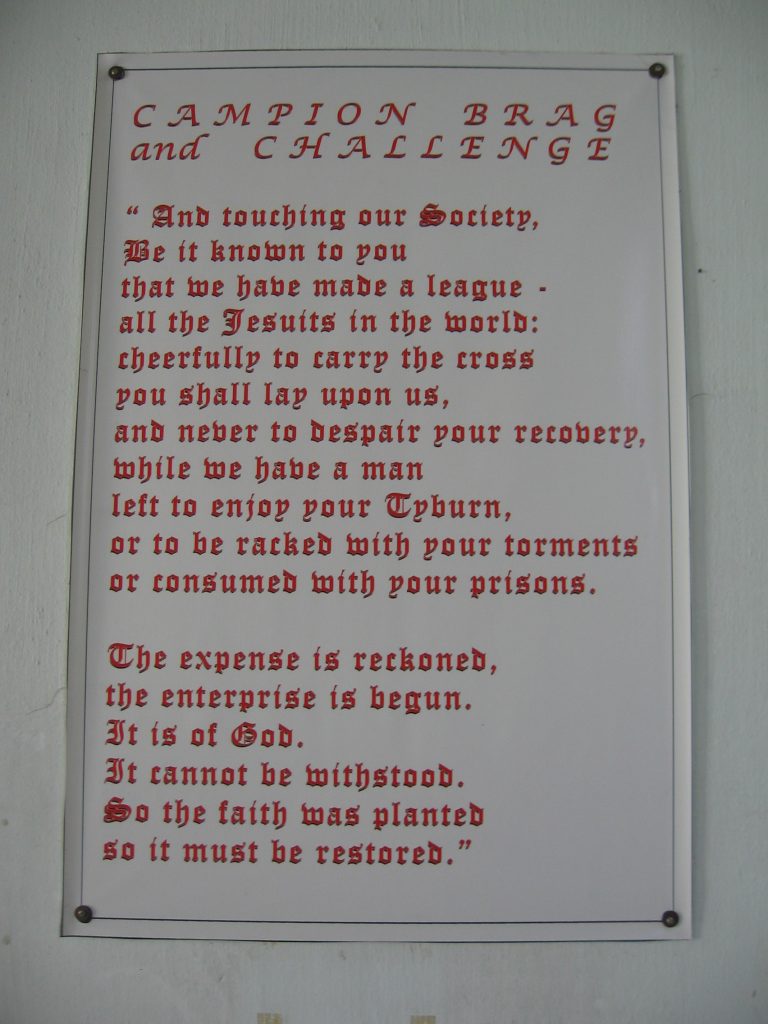 With the invention of the printing press in the fifteenth century, monarchs and the church lost control of their stories. The above text is Edmund Campion’s “Brag,”  printed and circulated in Engand in 1580-81. Campaion, his religious journey and execution are plot movers in my novel.My fictional Latham and Edmund Campion have a tangled relationship. Both Catholic Elizabethans, they act out their religious convictions in different ways. They meet in England and Europe at pivotal points, their courses invariably diverging. In 1566, in the first chapter, when Elizabeth begins a week-long visit to Oxford, Campion is Queen’s champion in the Latin debates, soon to be a Protestant deacon. With 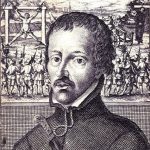 intellectuals like Campion becoming Protestant, Latham sees no space for Catholics like him. He throws up status, family and wealth to serve Catholic monarchs abroad. By the time Campion becomes a Jesuit missionary infiltrating England, Latham has seen enough depravity in Catholic rule to support his birth country again.  Campion’s “Brag,” titled Address to the Lords of the Privy Council was sent to Europe, where it was printed and smuggled back. It circulated widely. In it, Campion demanded public debates on theology, where he would justify primary allegiance to Pope over Crown. Then he went underground, moving from covert Catholic estate to estate. This wasn’t a capital crime. Yet.

But the map shows the problem:

When do words become incitement or action? On the right are households where Campion stayed, justifying primary allegiance to Rome. On the left the same year, in western Ireland, a Papal/Spanish army captured Smerwick, Irish territory ruled by England. English forces under Admiral Winter were trying to take it back. Privy councillors who had to counter Campion’s words were also repelling an invasion. Writings like the Brag became treason. Campion was eventually caught, along with five other priests, tried, convicted and hung, drawn and quartered as traitors. If this blog makes you want to read more, I published an extended article that includes an excerpt from Latham’s dialogue with Campion in the Anne Boleyn Files. It provoked lively commentary from descendants of recusants and Protestants. OR GET THE BOOK!