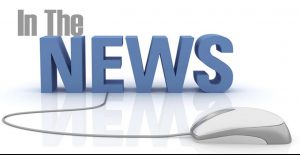 Set during the English Renaissance, Goldberg’s fascinating historical is steeped in lust, mystery, and intrigue. Life is good under the regime of Elizabeth I’s Protestant government, but Catholics suffer. When Sir Edward Latham, a young Catholic courtier, leaves behind his home and country to serve the Catholic monarch, Mary, the Queen of Scots, he has no idea what fate has in store for him. With love for his beloved country ripe, Edward finds himself becoming a double agent for Spain and England. Goldberg’s portrayal of the reigning English monarch and her court rings with authenticity. Infused with the sights, sounds, and smells of Renaissance England, the narrative moves at a smooth pace. The novel is expertly paced, with many surprises and shocking twists. Goldberg’s prose is rich as it evokes the conflicting passions of her young hero and the mysterious, often sinister, world of shadowy political machinations. Intricate, tight plotting, richly drawn atmosphere, and an unpretentious but literate writing style make it a page-turner.