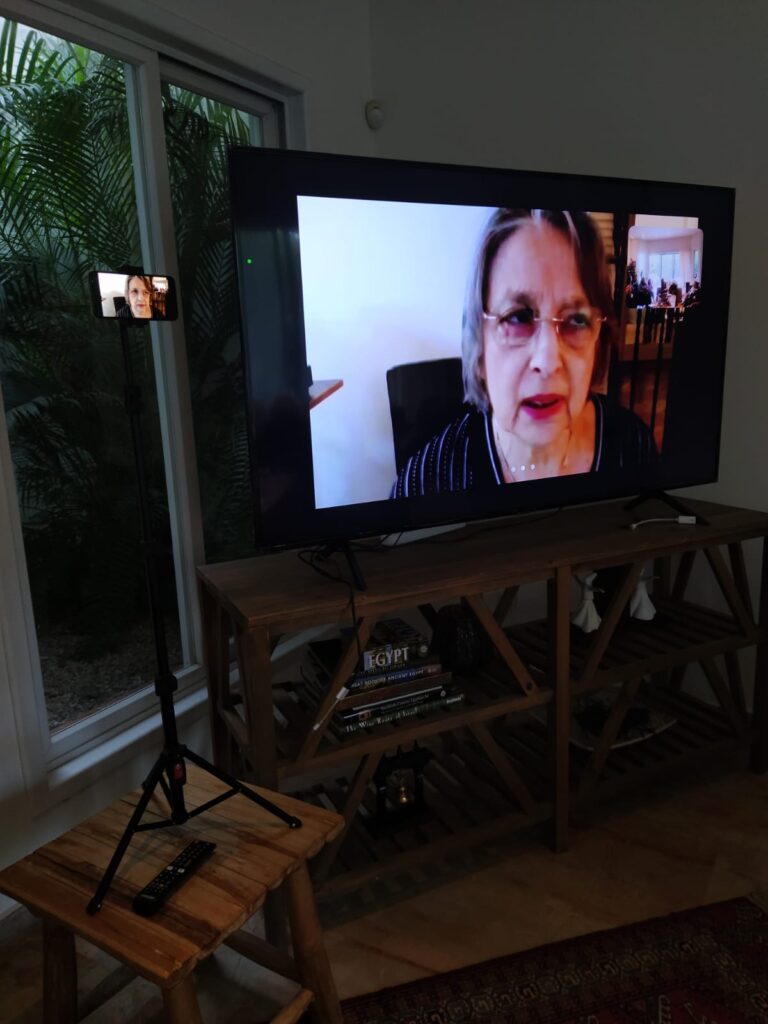 This article may contain affiliate links. Purchasing from these links helps me provide more awesome content for you. Thank you for your support!

Welcome to Books By My Friends, Loretta! Thanks for popping in to chat about your book The Reversible Mask: An Elizabethan Spy Novel.

JH: What’s the blurb for your book?

LG: Intrigue, lust and war combine in this debut spy thriller, meticulously researched in events and settings. Young Catholic courtier, Sir Edward Latham, has a brilliant future in Protestant Elizabethan England. His loving family made the necessary accommodations. He cannot. Patriotism and religion wage war in his heart. He throws away title, kin and land to serve Catholic monarchs abroad in missions that propel from Paris to Constantinople and places between. But wandering doesn’t quiet his soul. When war threatens his beloved homeland patriotism prevails. He becomes a double agent for Queen Elizabeth. Life turns complicated and dangerous as he balances protecting country and Queen while entreating both sides for peace.

JH: What inspired you to write The Reversible Mask: An Elizabethan Spy Novel?

LG: A dilemma grabbed me. I was in bed at night, reading. Suddenly I screeched “Oh no! Standen’s blown!” I had been doing work on Elizabeth I. I came across a spy who provoked admiration, even affection, from some scholars but distaste from others. Intriguing. After centuries, consensus usually coheres about a person’s basic character. So I was chasing the spy in the papers of Anthony and Sir Francis Bacon, Elizabethan brothers and his spymasters. He was a handsome English expatriate double agent, cover now gone. At my screech my patient partner grunted, “Who cares?” That question began the novel. His choices felt modern, urgent. My imagination filled in the sketchy dispatches in Bacon’s papers: he loved his Protestant birth country; he loved his Catholic faith. The imperatives tugging at him were irreconcilable. This was a time when people believed in a physical hell, when many were burned alive over defining the bread and wine in the Mass; were the bread and wine the body and blood of Christ (Catholic) or a symbol (Protestant)? A monk’s life wasn’t for this spy. He wanted to make his world better. He used his spying, and the resulting access to advisers to Protestant Elizabeth I of England and Catholic Philip II of Spain, to excoriate them for extremism. Modern life is full of moral compromises. Most of us can compartmentalize. My spy COULDN’T. Here was the Platonic form of conflict, contained in one body. What did it feel like, year after year? Act by act, lover by lover? I fictionalized Standen to Edward Latham, peopled his world and thrust him at the era’s pivotal events.

JH: What one thing do you love most about writing?

LG: I love putting my complex characters in unfamiliar historical settings, evoking the smells, light, architecture of them, and pushing my protagonists to overcome the obstacles life and chance throws at them. It’s a privilege and boatloads of fun. In this novel I had to find out what the Milan Duomo and St. Denis Cathedral looked like in 1580, how it was in Constantinople, because my spy was there, penetrating plots, loving and getting into scrapes. My previous careers were financial adviser and concert pianist. Great things. But in writing I feel I have come home. I never resent rewriting, because it gets me a tad closer to what I wanted to say in the first place and hadn’t managed to.

JH: What’s next for you in the way of writing/publishing?

LG: My spy, Sir Edward Latham, has more plots to unravel, so I have lots of material for a sequel. But at the moment I am in the first draft stage of a novel set in Papua New Guinea in World War II. The protagonist an Australian Jewish doctor in the Australian army when the Japanese invade. Wish me luck. This is a tremendous challenge!

Australian-American Loretta Goldberg earned a BA in English Literature, Music and History at the University of Melbourne. She came to the U.S. on a Fulbright scholarship for piano performance. After careers in music then financial services, she sold her financial services practice to focus on writing. She is on the steering committee of The Historical Novel Society, New York Chapter, where she started the chapter’s published writer public reading series at the Jefferson Market Library, New York, now migrated to Zoom. Commuting between NYC and Chester, Connecticut, she lives with her partner, enjoying extended family, friends, colleagues and animals.

JH: Thanks, Loretta. I hope you’ll come back soon and tell us more about the work of Sir Edward Latham!