Fourteen awesomely talented artists and writers attended. From left: Christina Britton Conroy, award-winning author, actress and musician; me; Joan O’Sullivan Lengyel, researcher and illustrator of old movie theaters; Michele Bonelli, painter of large scale non-representational canvases. The tiramisu is Christina’s, not mine. To those who bought my book, thanks for the incredible vote of confidence! 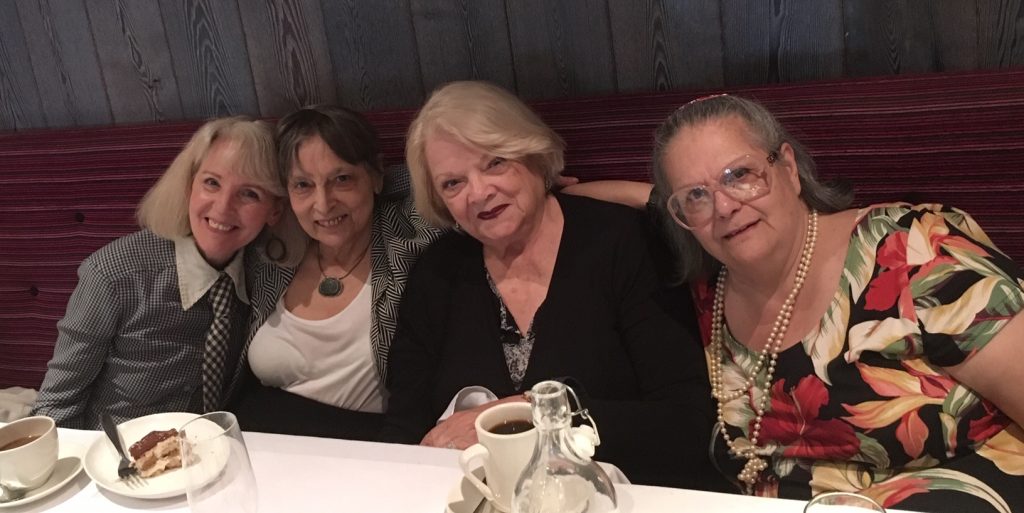 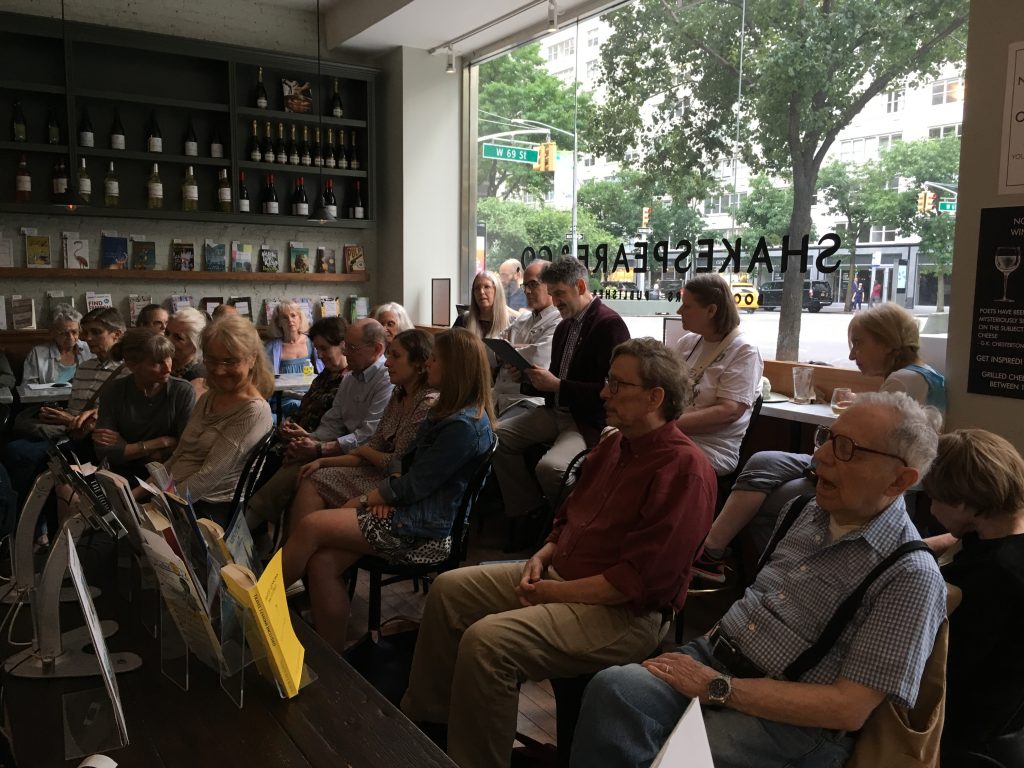 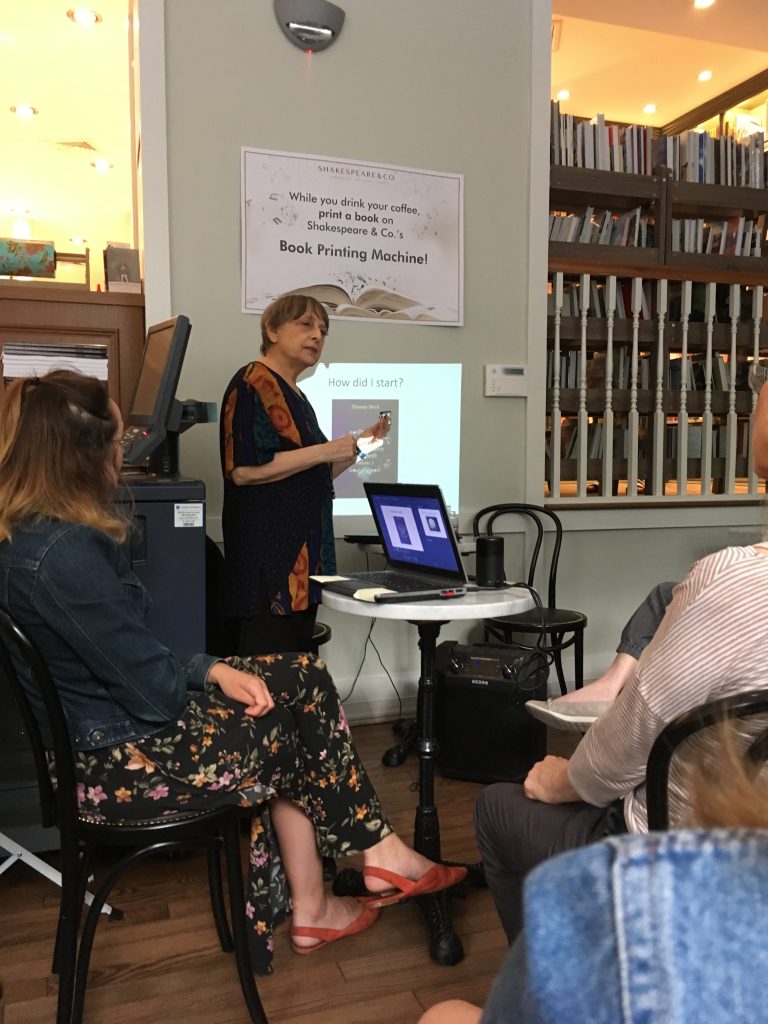 4 out of 5 stars Joseph Firoozmand

… The plot is well written and paced. It never drags. Filled with interesting characters. I was especially drawn to Edward and his struggle to be true to himself. The period is vividly detailed with descriptions of the pageantry and religious turmoil of the times.

I thoroughly enjoyed this book and recommend it to anyone interested in the Elizabethan era or who just wants really good historical drama to read.

5 out of 5 stars Laurie Kelley

There have been many “spy novels” set during the Elizabethan Period however this one feels more period-correct than most of them and avoids many modern stereotypes of that era. When I was reading this book, I felt as if I was there, connected to the characters, waiting to see what would happen next as if I were watching a close friend.

And finally, the boutique independent bookstore in Connecticut, R. J. Julia, booked me for a second appearance, this one at their flagship store in Madison, for August 13. A week I wish I could bottle! All my gratitude to colleagues, friends and supporters.