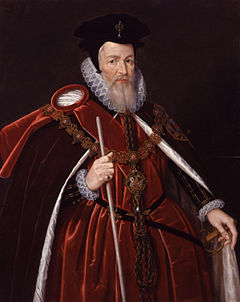 Dear friends and readers, here’s another vignette of how Elizabeth and her councillors managed each other during political turmoil in the 1580s and 90s. I am going to take three blogs for this tale. All my material  will be drawn from an article I have always wanted to write about. Barbara Freedman, Protest, Plague and Plays: Rereading the “Documents of Control.” English Literary Renaissance, Vol. 26 # 1, Winter 1996. University of Chicago Press.

Freedman compares data on Elizabethan theatre closings due to plague, plague bill statistics, social disorder events and her own research into Privy Council minutes and proclamations. She offers a wide-angle lens shot of local officials, Privy Council and Queen interacting during crises. Shadows and sepia tones, far more interesting than the face-value proclamations are. It’s mind-enlarging, the kind of academic research I love.

Elizabeth is celebrated for having appointed talented strong-willed advisors (of appropriate social rank) to help her govern. She retained most of them, resisting efforts by various factions to destroy rivals. But this didn’t mean smooth sailing. Conflicts, manipulations and work-arounds by all parties made serving Elizabeth a dynamic and exhausting enterprise. 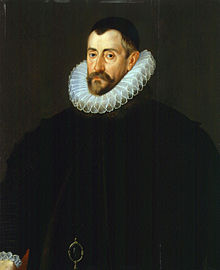 One contrast between Queen and Councillors was their approach to dissent. Sir William Cecil and Sir Francis Walsingham advocated collective punishment of Catholics when Catholics plots against government and Queen began. Elizabeth preferred severe punishment of individual perpetrators.

I have often wondered what it would have been like if councillors’ instincts for collective brutality had married Elizabeth’s instinct for brutality to individual criminals: supremely gory.  But the opposite happened. With some exceptions, Cecil and others moderated Elizabeth’s penchant for individual cruelty, while she refused to inflict collective punishment upon populations. The result was a reign that was more moderate than its blood-soaked, ash-spattered peers.

How did this instinct-offsetting operate in practice? Barbara Freedman shows us, focusing on a perilous time, 1592-7. Exhaustion with the war against Spain had generated popular discontent, compounded by the rotten luck of four 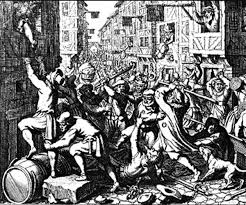 years of bad harvests. Jobs were scarce, streets were full of discharged soldiers without pensions, watermen were aggrieved by low wages, licensed apprentices were being displaced by cheap foreign unlicensed craftsmen, illegally hired, focusing hatred of immigrants, and food prices rose. Nearly 50% of Londoners were under 21. Anyone who has seen the Arab Spring protests of 2011 can empathize with the iffy conditions during the 1590s. It was a tinder box. There were no easy solutions.