Today I want to tell you about a meditative sound experience that for me is made for our present homebound anxieties. 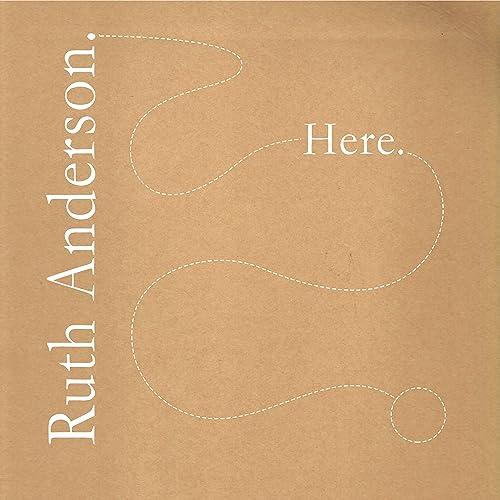 Disclaimer: I took a composition course with Ruth Anderson for my MA degree in Music Performance at Hunter College. I received an ARC MP3 from the producer. Here is a sweet-bitter event: sweet because, with its stupendously glorious quality of sound, it is the first full recording of Anderson’s music; bitter because it’s posthumous. Anderson died on November 29, 2019 at age 91. To make this particular kind of music available is a gift.

The two most meditative works are Points, at five minutes plus, and I Come Out of Your Sleep, at twenty-three minutes plus. They could not be more different.

Points uses electronic sine waves exclusively. Anecdotally, there are accounts of sine tones having a healing effect. I’ll get to my own experience with Points in a minute. Wikipedia defines a sine wave as “a mathematical curve that describes a smooth periodic oscillation.” Our ears receive them as sound without ANY harmonics, thus the purest sound we recognize. Anderson spaces her tone entries at five-second intervals as they accumulate, incorporating a wait for relaxed quiet. As to my own experience, I know nothing about the effects of sound on the body, but when I was preparing to be piano soloist in Ravel’s Concerto in G Major for Piano and Orchestra with the Hunter Symphony, I was battling a shoulder injury. Listening to Points while lying down induced muscle spasms that relieved the internal pressure. It helped.

By contrast, I Come Out of Your Sleep uses human vowel sounds, with their variations and contours. The title comes from a poem by Louise Bogan. Writing about it makes it sounds random, but it is far from shapeless. The form is a four-line canon, with sounds elongated and interacting. Anderson was a superb craftswoman, the development carefully molded. It is mostly calm, like almost-waking breath. If you are listening on a computer, you can enjoy the visual sound waves as they unspool. Or close your eyes. These two works epitomize Anderson’s approach to music composing, in her words: “evolved from an understanding of sound as energy which affects our state.”

But she could also be witty and sardonic in word or electronic pieces. SUM (State of the Union Message) is a collage of TV commercials cutting in and out of each other. Composed in the run-up to Nixon’s 1973 State of the Union speech, which Anderson expected to be as inane as the advertising excerpts she captured, it is fast-paced and funny. It evokes the fragmenting speed of the pulls on our attention in modern life. Although it was composed nearly fifty years ago, it has a right-now feel to its quirky shifts. So What uses electronic sounds, many with extended decays that reveal a beauty in sliding pitches that we normally ignore. Finally, The Pregnant Dream sets a poem by her friend, May Swenson. It uses both of their voices, with phrases like: “I had a dream in which I had a dream, and in my dream I told you, ‘Listen, I will tell you my dream.’ And I began to tell you. And you told me, ‘I haven’t time to listen while you tell me your dream’ And now I begin to forget that I forgot what I began to tell you in my dream. And I tell you, ‘Listen, listen, I begin to forget.” It’s Gertrude Stein-like, an evocation of communicating at cross-purposes that for me is profoundly, excruciatingly moving.

As you can tell, I admire this recording. It’s new, excellent and different. At times I felt like I was on a dive to the deep ocean floor, seeing new species flit here and there, each with its own translucence.

So what made Anderson the musician she became? She was born in Kalispell, Montana, on March 21, 1928. She earned music degrees at several institutions and studied with famous performers and composers. This blog is not the place for biography. For details see the New York Times obituary:

The highlights of her career were as principal flutist with the Boston Pops (1957-58), then orchestrator for NBC-TV. After studying in the 1960s at the Columbia-Princeton Electronic Music Center with Vladimir Ussachevsky, the center’s leader, she established the Hunter College Electronic Music Studio. Although she learned from Ussachevsky, she went in a different direction. Her interest in psychoacoustics and Zen Buddhism brought her to making works like the ones on Here.

It is available at: