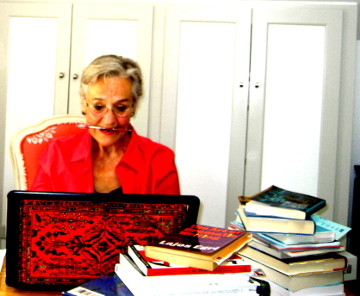 Hi Jeannie, thank you for visiting my blog today. I am very excited to ask you about your new novel, having enjoyed and admired your first, The Season of Doubt. We met at the HNS convention in Portland, Oregon, in 2017 and have 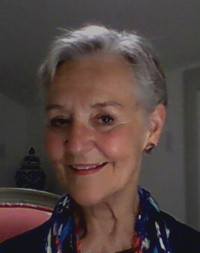 kept in touch since. It grieves me that you haven’t moved to New York, but one can’t get everything one would like! Congratulations also on establishing the lovely Muskrat Press. Readers, go to http://muskratpress.com for information. Now to set the scene for our discussion:

I saw a book on sale outside a small bookstore in my town. The cover showed an amazing Impressionistic portrait of a boy done somewhere at the turn of the Twentieth century. He looked angry enough to spit, slumped on a seat, sitting for the painter and hating every moment. This boy was a personality for sure. I sent up a little thanks to the stars that I wasn’t this boy’s mother or school teacher. It was a wonderful painting.

But the portrait piqued me because I’ve made a pretty obsessive study of art and artists of that period and I had never even heard of the artist. It took me off my pegs a bit.

So, to keep obsession oiled, I dug up whatever I could find about Robert Henri, and fell in love with him in the process. Henri was amazing, became one of the most important and inspirational painters ever in America. 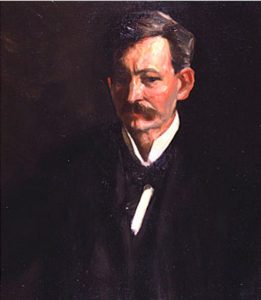 Henri’s story is riveting. No one knew where he came from until the mid 1950s, twenty-five years after he died. Only his family and a couple confidants ever knew. After Henri’s father killed a popular farmer in Nebraska, his family fled town, changed their names and disappeared.

Henri kept detailed diaries, which ended up in the hands of a relative after he died. In the 1950s his relative turned them over to the Smithsonian and the truth was out; the family changed their names, his parents moved to Atlantic City, and ran a successful hotel and casino., his brother became a doctor and Henri an artist.

The story plays out told through the eyes of Ezekiel Harrington, a struggle art 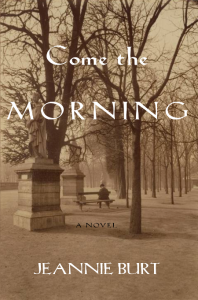 gallery owner trying to make his way in the high social orders of turn-of-the-century Philadelphia. Robert Henri introduces him to Henri’s cadre of artists. One, in particular, a rough Bohemian joins the group. Ezekiel despises her crude ways. But this woman will lead him on an intense and winding path.

The “real” story about is a man lived a life based on an untruth. His belief has distorted everything: the relationship with a woman he loves, his friendship with Henri, and driven him to trust in no one but himself.

That’s sort of a loaded problem for me. I had no idea how to do that, when I started out on both The Seasons of doubt and Come the Morning. I knew I was not the kind of writer who wanted to write pure history; I wanted to write characters in history. I could not see how to do that without bringing in a fictional observer, someone who could give a viewpoint with the freedom fiction bequeathes. The observers of both of these books are fiction: first Mary Harringon, Ezekiel’s mother who gives us Robert Henri’s early boyhood, then in Come the Morning, Ezekiel observes, and participates in, Henri’s later life.

I have to admit, I knew nothing about how to do this. I just wrote and hoped it worked. There was no real planning on my part.

Hah! Fun question. I’d choose Robert Henri. I really did fall in love with him; he comes through historically as sort of a modern man: admiring and supportive of everyone, including strong, talented women. How can one not love a man like that?

Though I had to follow the strictures history requires, the fictional piece let things move along however that went. I have to admit, I really don’t have anything to do with how my writing goes; only my characters do, and I’ve learned to sit at the computer and put my fingers on the keyboard and take dictation. The result is: I can never anticipate where things will go. I am always surprised (and a little panicky) about what’s coming up. Often as my characters take me where they want, I have to throw up my hands and say, “Where the hell are we going now?” I’ve learned to trust them; they never fail to be right.

I have to admit I can’t really think of one; I don’t think I’m enough of a romantic. My next project takes place in contemporary times and I’m looking forward to getting back to it. The only thing I really dread about telling a story based on today is grappling with computers and the Internet. Not having to deal with all of that overload is compelling.

Thanks for saying that. Titles are always my nemesis. They take knowing what the novel is really “about”, and I never get a feel for that until I’ve been working on a novel for years. The working title for Come the Morning was The Opposite of Easy. Though that speaks to what goes on in the book, that title’s got no poetry to it. Since the novel is pretty literary, the title had to have at least a little flavoring of poetry. I hope it does that.

A mystery set in today. I worked up a first draft of it and haven’t touched it for almost a year. I lover the narrative character and her voice. But I am a little fearful that I may not be as interested when I get back to it. It has maybe a little series to go with it, too, but can’t think beyond that without getting overwhelmed.