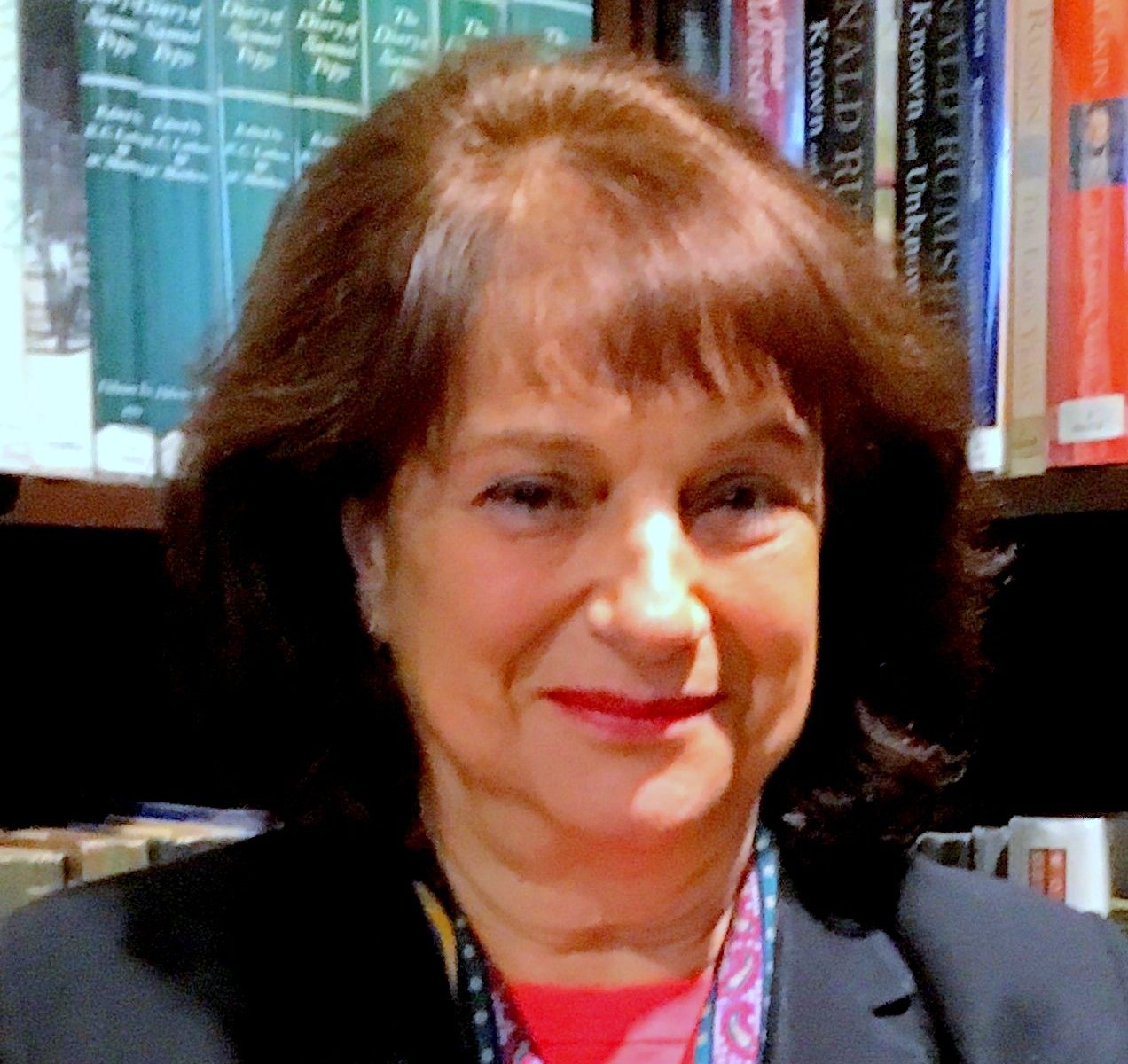 Welcome to my website, Julieta. What a thrill to see Eleonora and Joseph published, and with such an inspired cover! A bit about your background for my readers and friends who don’t know you: you bring extraordinary personal experience to this novel. You depict intriguing historical characters of the Enlightenment in Southern Europe. You came of age during Portugal’s 1970’s revolution/democratization period and, later, lived in the Soviet Union as the wife of an American diplomat. In addition, your PhD from Columbia University is in sociology and education. So, let’s talk.

LG: Your two characters, Eleonora and Joseph, have taken different paths, although they have read the same philosophies and are both Masons. Eleonora was an active revolutionary, tolerant of violence in the end, not only by the Portuguese Prime-Minister, the Marquis de Pombal, but also by the French entering Naples in 1799; while Joseph is a compromiser, functioning within the institutions whose corruptions and cruelties triggered revolution in the first place.

What are your personal feelings about revolutionary violence in relation to your characters, and the social transitions you yourself witnessed?

JR: In the twenty-first century we are repulsed by violence in the West, and most of us are proud that so many countries have abolished capital punishment. In the circles I move in, liberal, we are for the rule of law. These are evolving processes and parliaments take care of them. In Portugal, the population is proud that when on April 25, 1974, the April Captains abolished the Salazar regime—thus ending half a century of a dictatorship—only one person died, and that was by accident.

I am aware that previous historical moments required, or demanded, different outcomes. But I am not for violence of any kind, either domestic or of a public nature. I am horrified, like so many others, to hear about the viciousness that took place either in Brazil or the United States during the time of colonization and slavery. The killing of native populations was equally despicable. This savagery was both physical and mental, and I am not quite sure which one was worse.

A difficulty in answering your question has to do, in my view, with the bloodshed of the French Revolution, which I mention several times in my novel. Could the liberalization of the West have taken place without it? I sincerely doubt it. Also, could the Civil War in America be won without that some bloodshed? I also doubt it. So, processes that we condemn these days, might have a justification in light of the political and social conquests of the past. Eleonora, my heroine, knew this. Thomas Jefferson, another one of my characters, knew this as well; he thought bloodshed was justifiable, at least at the beginning of the French Revolution.

Were the French Revolution—or the Civil War in America—world events that made the world a better place? Undoubtedly. So the best we can do nowadays is to pay homage to historical events whose magnitude changed the face of the earth and consider that the humanistic advances we take for granted are themselves the fruits of the cruel loss of human life.

Joseph Correia da Serra, as time went on, became more and more conservative. To serve King D. João VI as the ambassador from the Kingdom of Portugal and Brazil meant being in agreement with the Kingdom’s repressive policies. My book describes his way of thinking over time. But Correia’s life had been a compromise all along. Maybe to behave differently, and have the life style he craved, he would have needed to be born into an aristocratic family, or a bourgeois family with money.

Ah, the advantages of the evil metal to do as one pleases—then as much as now!

LG: In your years of research you must have come across events or vignettes you were aching to put in the novel, but omitted for reasons of flow or structure.  Does one particular omission grieve you most?

JR: Oh, yes! This is a great question. I was fascinated by the love affair between Lord Nelson and Lady Hamilton. Here is a former prostitute by the name of Emma Hart whose current lover, Charles Greville, decides to pass her on—like a commodity—to his uncle who happens to be the English envoy to the Kingdom of Naples. Apparently Hamilton had enjoyed Emma’s company when the three had briefly met in London. Assured now that the widowed, childless, and old uncle will leave his fortune to him, Greville needs to find a suitable wife. So he dispatches Emma to Naples—accompanied by her mother—to entertain his uncle. Emma doesn’t understand what is going on, and writes constantly to Greville begging to be back with him. Until, a few months later, Greville confesses there is no return ticket. Emma is devastated.

In between, Lord Hamilton enjoys Emma’s company; it seems Emma is just one additional lovely piece to his art collection. Breaking diplomatic protocol, he brings her to the Royal Palace every time he is invited by Ferdinando and Carolina, the Bourbon monarchs. Emma is not only young and attractive; she is also smart and accommodating. After a while, she figures out she had better, for her own good, start to enjoy her new life. 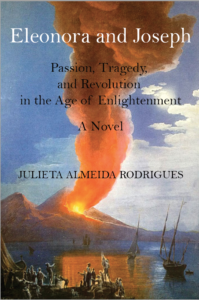 Then the naval Hero of the Nile, Lord Nelson, enters the scene. After being wounded in battle, he recovers in Villa Sesso, the ambassador’s residence, under the assiduous vigilance of the now married Lady Hamilton. The two fall madly in love. Great passion ensues, their actions and letters the living proof. Since these two are vile creatures, and for different reasons, it was fascinating to me to feel their palpable love and devotion. That Lady Hamilton dies penniless in Calais, France, forced to flee from England due to her debts and having never told Horatia that she is her mother (the girl knows only she is Nelson’s child, in Emma’s custody now), seems a fitting end to this deplorable character. As I show in Eleonora and Joseph, the close friendship between Emma and Queen Carolina plays a prominent role in Eleonora Fonseca Pimentel’s demise and eventual execution.

At present, Lord Nelson’s statue stands in Trafalgar Square, testimony of his supposedly naval greatness. Yes, he did win the Battle of the Nile in Aboukir Bay in Egypt against France, giving Britain control of the Eastern Mediterranean Sea and an easier access to its empire in the East. But if you know a bit of the history of Naples in 1799, you find out that Horacio Nelson was responsible for the death of most of the Neapolitan Jacobins, shortly after Cardinal Ruffo retook the city for King Ferdinando. Nelson believed in the divine right of kings. Suffice is to read Captain Edward James Foote’s account of events—Nelson delegated in Foot the British signing of the Jacobin capitulation, and there were several other nations present—or the accounts of the parliamentarian Charles James Fox to realize Nelson’s atrocities in Naples in 1799. Nelson was a war criminal.

So the love affair between such vile people is like a beam of light that one seems unable to remove from before one’s eyes, despite their sordid malignancy towards the world they inhabited. If the topic hadn’t already been exhausted, I would be tempted to take it on.

LG: What did your working day look like? Where did you work?

JR: I was glued to my desk. I got up, had breakfast, started writing, and wrote for years without stop. As all writers know, writing is rewriting. It felt like I was ploughing a piece of land. I say this because nature remains, maybe, the greatest source of inspiration to me. My ambiance, my décor, is totally relevant to my ability to work.

When I wrote the dialogues between Thomas Jefferson and Joseph Correia da Serra that I placed in Monticello, I would go back, sometimes, to the diplomatic receptions I had attended in the past. These were great ways to get to know the world of ideas, different cultures, and, ultimately, the intricacies of character. In a particular country, I would meet the same people many times over—officials high and low in the state apparatus, politicians in vogue at the moment, and housewives, women who, like me, had plenty of free time on their hands. So I would observe and engage with them. As I wrote those scenes, I might recall a conversation from my past, like in a movie.

As to Eleonora and her memoir written from prison shortly before her execution, I had to get into a “prison of the mind” state of being. Somehow, I found this easy to do, and I still do not know exactly why. Perhaps it relates to my having been brought up in a confining nun’s school in Lisbon. I feel very sensitive to the line drawn between close-mindedness and freedom of expression.

Then, once in a while I would need a break to recharge energies. Many times I went to a library and got lost in books. I read selectively, always with a view to what I am writing. I remember one time in Bobst Library at New York University. I was on the second floor, reading something by Hillary Mantel, an autobiographical piece about her adolescence. It was brilliant, so brilliant that it took my breath away in several places. The library faces Washington Square, has comfortable armchairs, and I always turned to face the view. The area has a fairy-tale quality, the way the flowerbeds are set up in harmony with the gorgeous antique lamps, and the busy pedestrians traffic. It was a late evening in the winter and the lamps were already lit. I raised my eyes and suddenly noticed it had started to snow. I remember thinking that a break from writing doesn’t get any better, ever.

In Butler Library at Columbia University, where I did my graduate studies, I usually went to the same spot every time. I am not going to describe its precise location because I would literally hide there, and I would like to continue thinking of it as my own private space. The tiny area has a view to the floor below where students are reading or writing. It’s a sort of balcony, with a rail, and has a large semicircular window. I usually brought my lunch with me and stayed there for eight to ten hours in a row. When I left, the feeling was always the same: I could see the material I would examine the following day, the field I would be ploughing.

LG: What lies ahead, what’s your next project?

JR: I have written several books in English in the past, and I might want to explore my writing in Portuguese now. This will be a more or less permanent return to my roots. I have a theme I would like to explore, an historical event in Portugal that I would like to recount using different voices from the past.

There is a lot to explore in Lisbon, a city I have not lived in for decades. I would also like to know better my colleagues at the Center for Lusophone and European Literatures and Cultures, at the Faculty of Humanities at the University of Lisbon. I am a member, and I would like to participate more often in their activities. The University of Lisbon has a great English Studies department, and I would love to offer my contribution to its Institute of American Culture (sigla ICA). The institute has majors and minors in North American Studies, and some of the professors have taught at Georgetown University, as I did in the past. This institute does a great job in bringing together writers, artists, and university professors from the United States.

As always, I’m excited for my next adventures.

For more information about Eleonora and Joseph: Passion, Tragedy, and Revolution in the Age of Enlightenment visit the author’s website, julietaalmeidarodriguesauthor.com, or New Academia Publishing, http://www.newacademia.com